In addition to his work as a partner at Fierst & Fink, P.C., Shai is Special Counsel in the Montgomery County Office of the County Attorney, Department of Health and Human Services Division.  As Special Counsel, he regularly appears in the Circuit Court for Montgomery County, Maryland, sitting as a Juvenile Court, representing social workers in Child In Need of Assistance matters.

Shai was selected by Super Lawyers to the Maryland Rising Stars list in 2019, 2020, and 2021, and the Washington DC Rising Stars list in 2020 and 2021.  He is a graduate of the Catholic University of America, Columbus School of Law.  His undergraduate degree is from the University of Maryland, College Park.  Shai holds a Master’s Degree in Latin American and Hemispheric Studies from The George Washington University.  Prior to practicing law, Shai clerked for the Honorable Cynthia Callahan, Associate Judge of the Circuit Court for Montgomery County, Maryland (2013-2014).

Shai served in the Peace Corps in Suriname (2006-2008) and worked at Peace Corps headquarters in the Office of Inspector General (2011, 2013).  He is proficient in Spanish and Surinamese languages. 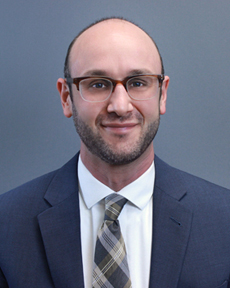